The RADIX Group
The Sacred Liturgy 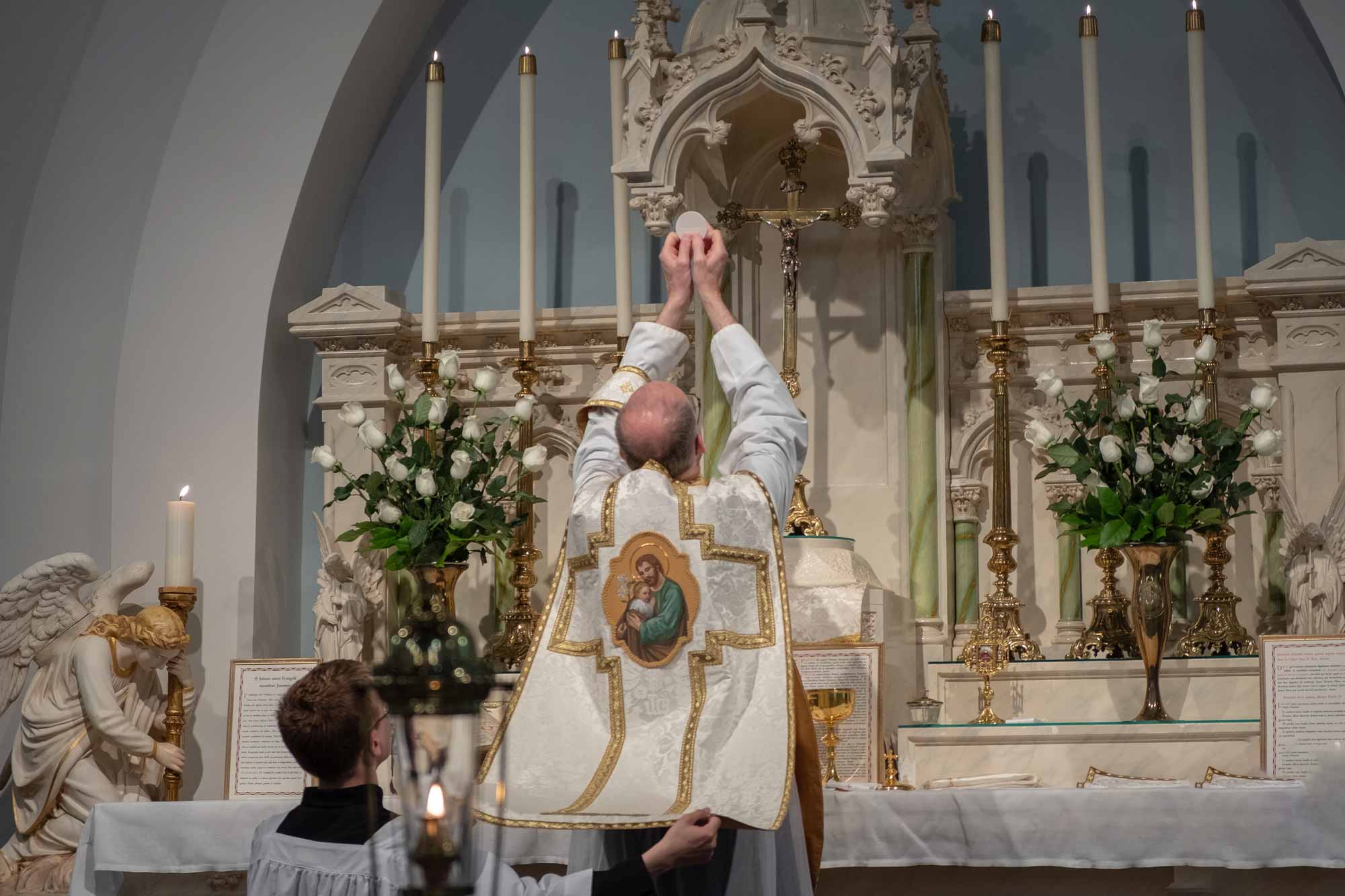 Today, Holy Mother Church has blessed the faithful with two ways to offer Holy Mass: The Ordinary Form or Novus Ordo, promulgated after the Second Vatican  Council (1962-1965) by Saint Pope Paul the VI, and the Extraordinary Form (sometimes referred to as the Tridentine Mass or the Traditional Latin Mass), the elements of which date back to the earliest days of the church, but was promulgated and codified at the Council of Trent(1545-1563). The Extraordinary Form Mass was the common liturgy of the Roman Rite from 1570 until 1970, when it was replaced with the Novus Ordo Mass.

The earliest Church documents that describe the Eucharistic liturgy show that there were regional differences in liturgical worship - Rome, Jerusalem, Alexandria, Antioch, Milan, Gaul—all of these centers of the Church had different ways of celebrating the Eucharist from the earliest days. And yet, there was never a question that it was the same Eucharist, the same Sacrifice, the same Faith, and the same Apostolic foundation which underlay them all. Even within the area encompassed by the Roman Rite, there had been considerable variation in the celebration of the Mass over the centuries. The Council of Trent endorsed some of this diversity, but also called for greater uniformity of liturgical practice in the Roman Rite for the sake of promoting greater unity of faith. Popes from the fourth century through the twenty-first century have made changes to the Mass for the sake of adapting or reforming the Roman Rite, but all of these changes, consistent with the fact that the Catholic Faith is one and unchangeable, must be understood in light of and as consistent with all of what the Church has always taught. In short, as Pope Benedict XVI taught, we must read the documents of the Second Vatican Council as in continuity with all of what the Church has always taught, that is, within a “hermeneutic of continuity”, and not with “the hermeneutic of discontinuity and rupture” .

It is in this light that Saint John Paul II, with a special indult Quattuor abhinc annos ,issued in 1984 by the Congregation for Divine Worship, granted the faculty under certain conditions to restore the use of the Missal promulgated by Saint John XXIII. He then promulgated the motu proprio Ecclesia Dei in 1988 which established a Commission for the pastoral oversight of those Catholics who remain attached to the Mass as it was celebrated in the 1962 Missale Romanum. In 2007, Pope Benedict XVI issued another motu proprio, Summorum Pontificum, which expanded and simplified the permissions to celebrate the whole liturgy according to the norms of 1962. He clarified that the 1962 Missale and 2008 Missale are both legitimate forms of the one Roman Rite, respectively called the Extraordinary and Ordinary Forms.
(reference: USCCB Website)

Both forms of the Mass are beautiful expressions of the celebration of the greatest loving sacrifice the world has ever known. If one comes across the Extraordinary Form Mass unexpectedly, you might feel a little disoriented, mainly due to the use of Latin. Latin was and still is the language of the church. It was used in the earliest days of the church and one great advantage of using Latin is that the language, because it is no longer in use, is not evolving. So words spoken in Latin today mean exactly what they meant thousands of years ago when our Lord Jesus Christ, Our Blessed Mother, and the apostles were living on earth. The good news is, the structure of the Mass is essentially the same for both forms (Mass of the Catechumens (start of Mass, Prayers at the Altar, the Gloria, Epistle, Gospel, Sermon, and the Creed)followed by the Mass of the Faithful (Offertory, Communion and the Last Gospel)).

Our recommendation is simple- Try to attend an Extraordinary Form Mass near your home. If you do, either planned or unplanned, sit in the middle or back of the church and simply take it in. Do not worry at all about when you should sit or stand or kneel. Just follow along and take it in.  Do not try too hard to understand the Latin. Just put yourself in the presence of God and pray. Enjoy the reverence and beauty of the sacred music. Enjoy the Gregorian chant. And finally, do it again...and again. Before you know it you will find yourself purchasing a 1962 Roman Missal which has the translations of all the texts and prayers. It is very likely you will fall in love with the richness of both forms of the Mass and you will feel more attached to the full Catholic history that we are blessed to have.

Please contact us if you'd like any resources or help getting acquainted with the Extraordinary Form Mass. We'd be happy to point you in the right direction.

Pater Noster, qui es in caelis
Our Father, who art in heaven
Sanctificetur nomen tuum
Hallowed be thy name
Adveniat regnum tuum
Thy kingdom come
Fait voluntas tua; sicut in caelo, et in terra
Thy will be done, on earth as it is in Heaven
Panem nostrum quotidianum da nobis hodie
Give us this day our daily bread
Et dimitte nobis debita nostra
and forgive us our trespasses
Sicut et nos dimittimus debitoribus nostris
as we forgive those who trespass against us
Et ne nos inducas in tentationem
and lead us not into temptation
R: Sed libera nos a malo
but deliver us from evil
V:Amen
‍
‍
‍ 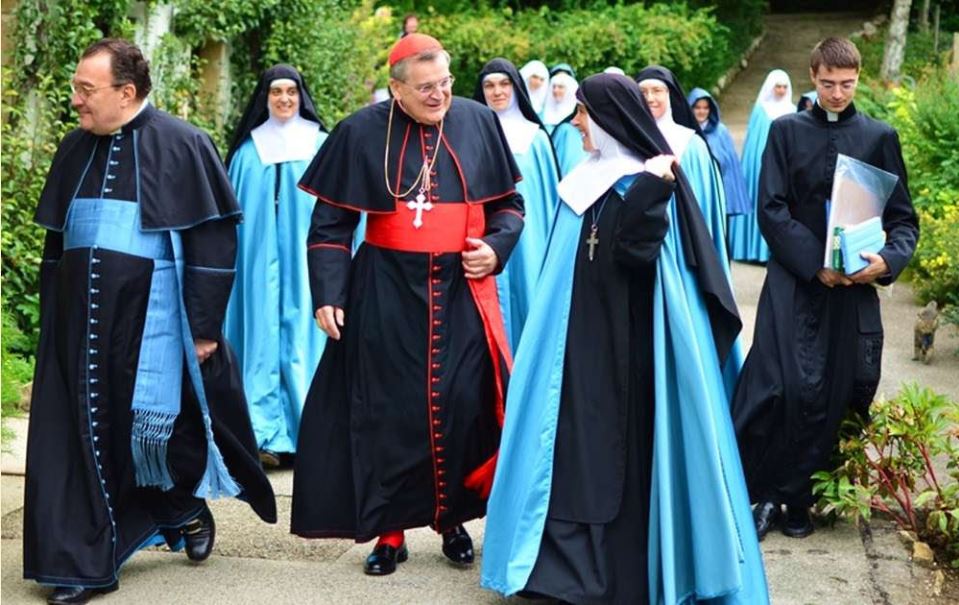 The Institute Christ the King Sovereign Priest is an excellent source and a wonderful society of apostolic life that celebrates the Extraordinary Form Mass.
https://www.institute-christ-king.org/resources

Receive the latest news, information, and inspiration from The Radix Group directly to your in-box.

Thank you! Your submission has been received!
Oops! Something went wrong while submitting the form.
Never Spam
Unsubscribe anytime

Groups & Associations
The Radix Group
The RADIX Group is a group of men working together to ensure we are fulfilling our responsibilities as men in our families and the broader community. 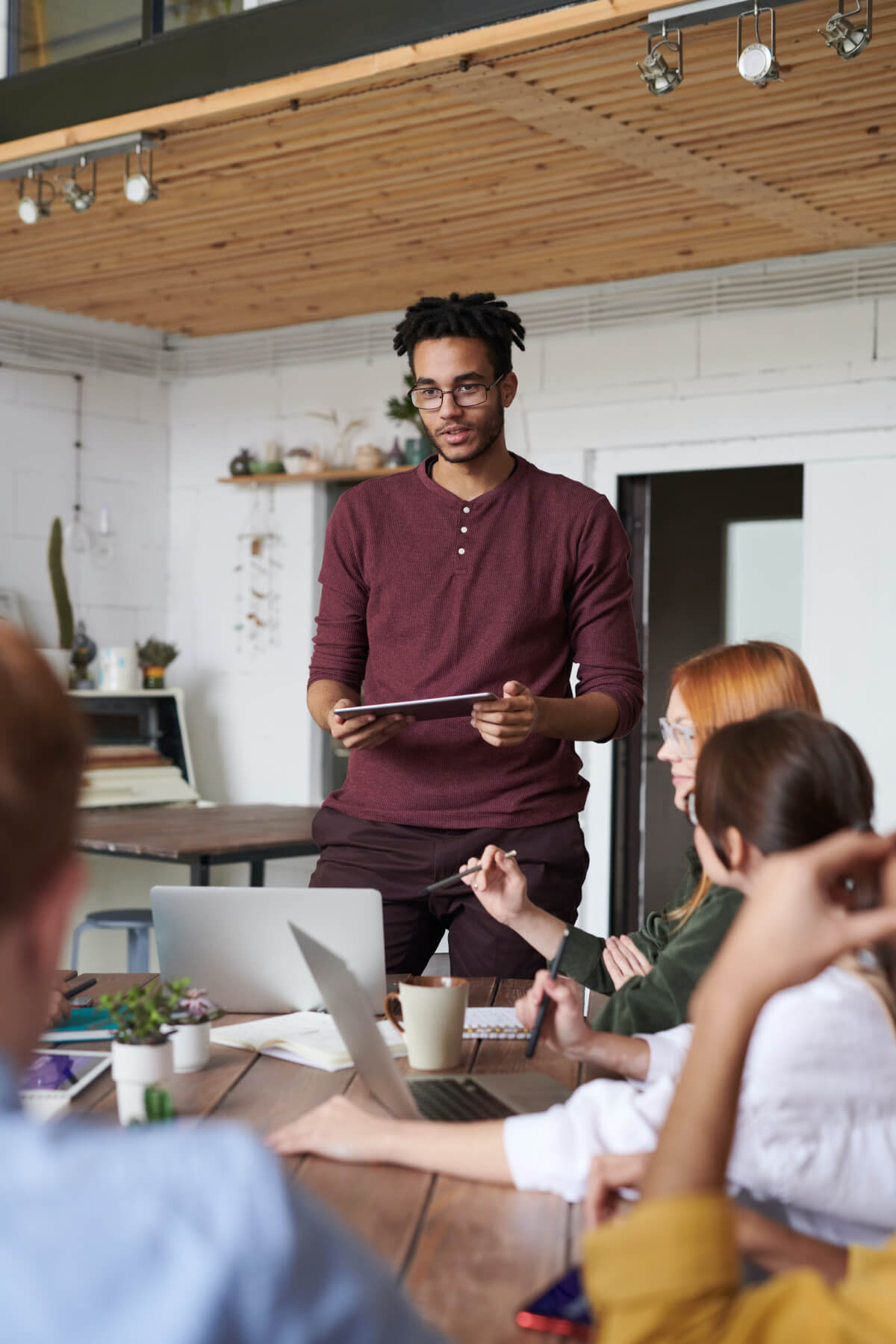 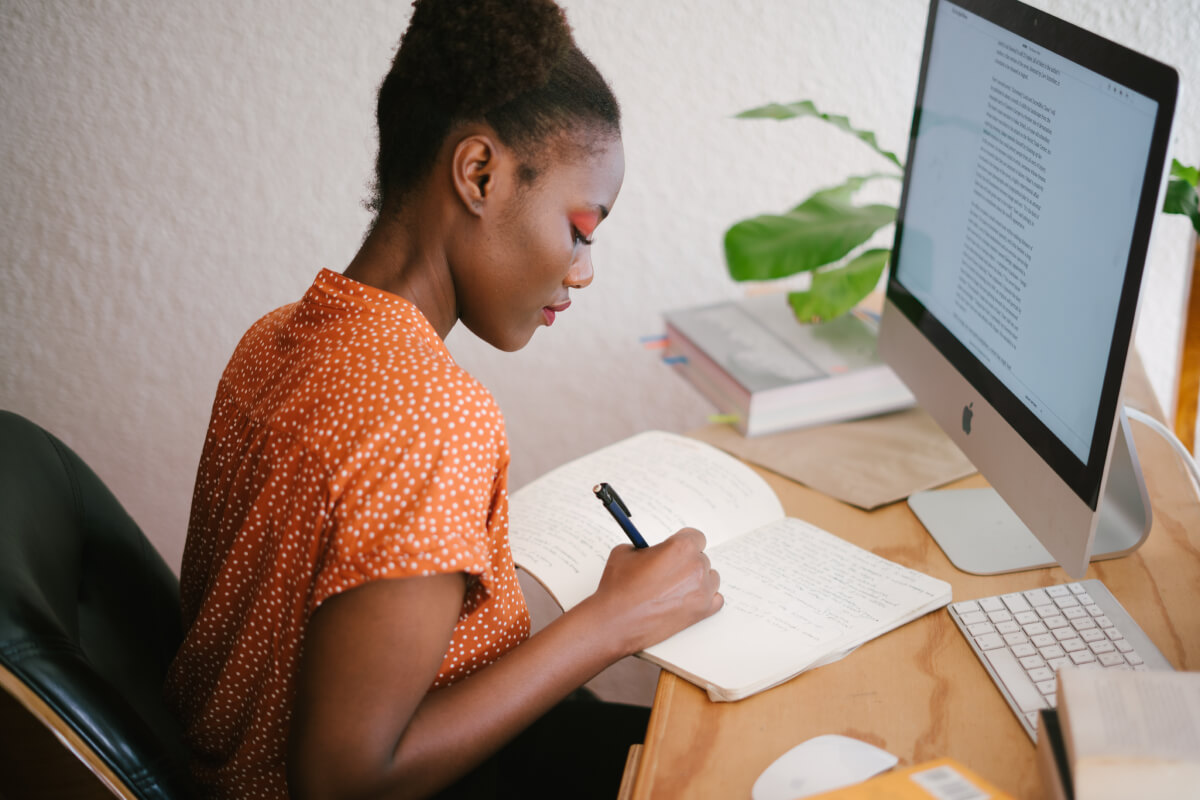 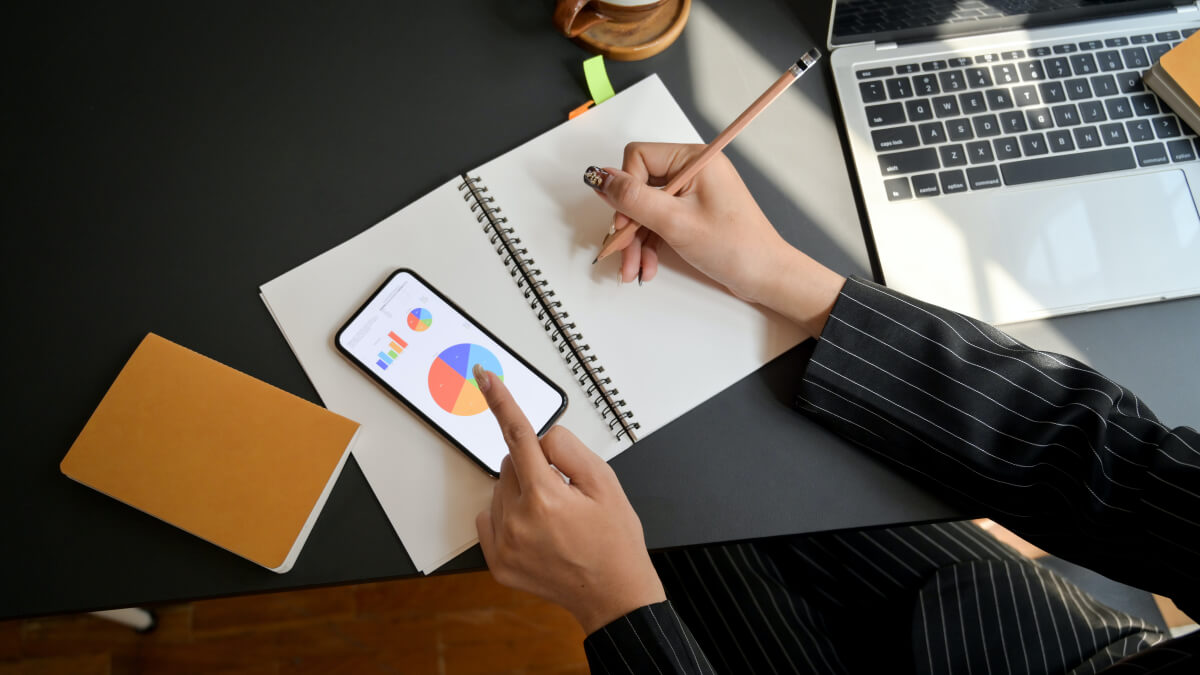 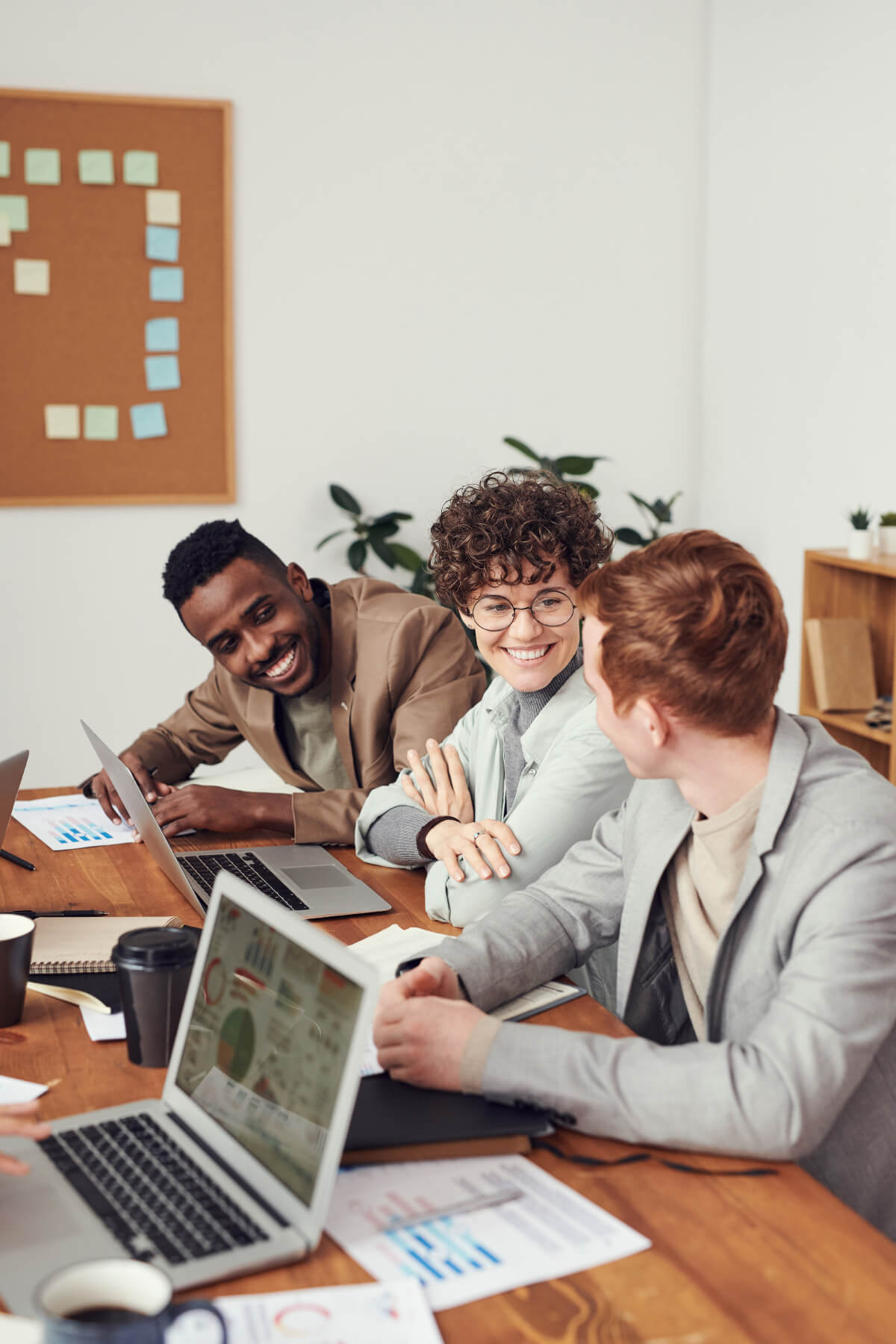